Back to articles
DISCOVER

Where do the Cremant bubbles come from?

The Crémant d'Alsace is particularly distinguished by its fine and light bubbles. But do we know exactly where these bubbles come from?

We take a look at the question in this episode of EXTRA BRUT - our educational web series about wine, with the gastronomic agitator Nicolas Rieffel. The objective: to answer in record time all the questions you may have once asked yourself about wine...

Answers delivered by the "Moon Chasers", members and employees of the Bestheim winery.

How is Crémant d'Alsace made?

Crémant d'Alsace, like any other wine, is made from grapes that are pressed and then stored under special conditions to allow the fermentation that transforms them into alcohol.

Once the tirage has been carried out (an operation which consists of bottling the wine and adding a liqueur de tirage containing sugar and yeast), the bottles are stored horizontally "on slats" in the cellar at a temperature of 11-12°c. The yeasts introduced into the bottle will degrade the sugar by producing carbon dioxide (CO2). This is the second fermentation in the bottle called the famous "prise de mousse". And it is at this stage that our famous bubbles intervene !

This carbon dioxide is until now, and following the fermentation reaction, dissolved in the liquid, (liquid which corresponds here to our Crémant d'Alsace). But these CO2 molecules have only one idea in mind, and that is to escape, and return to their gaseous state, which they will do as soon as they are no longer retained in a hermetically sealed container. So more precisely as soon as the bottle is opened! At the same time, we notice that if the cork jumps, when we open the bottle, it is also because of the pressure caused by this dissolved gas that escapes.

How is the train of bubbles in a Crémant d'Alsace flute born?

The essential condition for bubbles to appear in your glass is the presence of particles on the inner walls of the glass, such as a textile fibre or a roughness. These "small flaws" will then trap pockets of gas which will be released to form a train of bubbles in your flute. So to sum up, a perfectly clean glass, without any asperity, would not allow you to observe bubbles in your nectar.

A piece of advice: for the festive season, forget the silver spoon in the neck of the bottle to hold the bubbles, it's a legend! Instead, use a special Crémant stopper that won't let the fine bubbles escape once the bottle is open!

When was the process of making Crémant d'Alsace invented?

The history of Crémant d'Alsace began just before the outbreak of the First World War. Tempted by the German market (of which Alsace was a part), "Champagne Houses" then produced sparkling wines in Alsace in order to free themselves from customs barriers.

At the same time, Julien Dopff in Riquewhir, was testing the champagne method of second fermentation in the bottle on part of his vineyard. He discovered this method at the 1900 Universal Exhibition and after an internship in Épernay, he invented the "Champagne d'Alsace". But after the war, French law caught up with the Alsatian winegrowers, sounding the death knell for the "Champagne Dopff" classified as a sparkling wine. In France, Champagne is only produced in Champagne, AOC obliges!

The sparkling wine of Alsace then had to find a new identity to get out of the restrictive image of "sparkling". Thus, in 1974, the Dopff houses of Riquewihr and Sparr of Sigolsheim as well as the wine cooperative cellars of Eguisheim and Westhalten took on the name "syndicat des producteurs de méthode champenoise d'Alsace", prior to the Appellation "Crémant d'Alsace" which was obtained in 1976.

Discover the following episode of Extra Brut bu Bestheim - Why do wine bottles have different shapes? 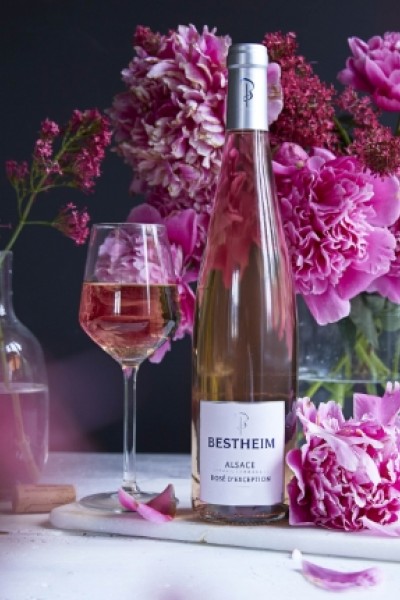